Every so often, some variation of a ‘then vs. now” trend pops up somewhere on the internet. A good example was the 10-year challenge that happened some time ago. Basically, you were to post a photo of yourself from 10 years ago next to a photo of yourself currently. That’s it. And funnily enough, typing it out makes me realize how futile and vain “challenges” like these are. But nonetheless, they take the internet by storm, and the more shocking your transformations are, the more attention you’ll receive. I could write a think piece alone on how ridiculously conceited that is, and how our generation (generation z, 1997-present) has such an obsession with “glow-ups,” but that is not today’s topic. These types of challenges always shock me to a certain extent, because I’m mostly surprised people have documentation of what they looked like as a teenager/young adult. That is the topic today.

This should not be a surprise to me. I grew up in the prime time of budding technology. However, this was also an awkward time for regular people consuming technology. Cell phones were being pushed left and right, but most of my peers didn’t own one. YouTube was a brand-new platform (can you believe I remember a time where YouTube ads didn’t exist?) that was mostly for that low-quality footage of your baby brother trying a lemon for the first time and not for the ad-generated, revenue making monster that it is today. Technology was everywhere but in the regular consumer’s hands. And blissfully until I was an adult, I assumed this was the experience for everyone else too.

I learned quickly that this in fact, was not everyone’s experience. I remember one friend in 6th grade having a magenta coloured cell phone, those ones where you’d turn it sideways and push up the screen to reveal the keyboard. No one else in my grade owned a phone. This disparity was not apparent to me as an 11-year old. I just thought it was cool my friend had a cell phone.

I began to learn as a young adult that the kids who had technology from a young age had an advantage over me. The obvious advantage was having more access to resources and such, but the less obvious advantage was having documentation of yourself. I find that an important aspect of life, especially living in this technology driven time. It’s special to have that goofy photo of yourself at your first middle school dance. Its special to have a remembrance of the first time you tried makeup and thought it looked great. To have a visual track record of your life to me, is a distinct privilege that only the kids with early access to technology have.

I have none of this, and I sometimes yearn for visual memorandum of my life.

I was painfully self-aware as a child. My psyche, my thoughts, my intuition, were always the forefront in my mind. I was not a lighthearted child, and I was never interested in most mainstream things (I risk sounding extremely “pick-me,” but I mean it in the most genuine way). Along with this, I didn’t get a cell phone until I was 15. I didn’t have a social media presence until I was 17/18/19. I snuck a twitter account behind my parent’s back at 15 but got that taken away. I didn’t have a phone with a decent camera until I was 18 and consequently didn’t start taking photos of myself until that age. I’m 23 now, and I hardly have photos of my teen years.

It’s a very strange dynamic to have grown up during the peak of new technology, yet not have a part in it to begin with. There’s a metaphor lying here, about privilege, about how fast technology moves; there’s a metaphor here. But honestly, I just feel like I was left out of a pivotal movement in society. That’s it. It’s just my inner child wishing I could have documented myself at a young age. I’m sure I would have felt like my existence had more validity than I thought it did. Don’t we all?

4 thoughts on “One Foot in the Door: Technology Edition” 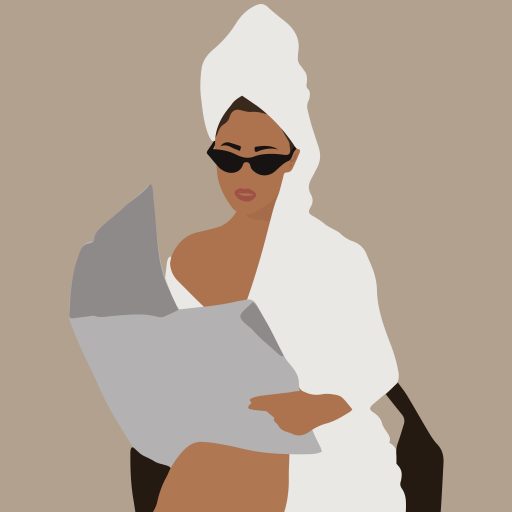